I write and talk alot (ok, that sentence can just be ended there, right?) about Bucket List items.  You’ve read about swimming with Phytoplankton in Thailand, saw that I finally was able to chase the Northern Lights in Iceland and I’ve mentioned Zorbing in New Zealand.  These are all “Bucket List” things that I’ve always wanted to do.

Everyone has their own little list, whether it’s written down or in their head.  Some items on these lists for people are simple and easy to accomplish, like “Go to a Major League Baseball game” or “Eat Sushi.”  Other’s are a little crazy and harder to accomplish, like “Dive with Great White Sharks.”

Balance is key to all things in life, right?

As you might imagine, my Bucket List has actually only grown since moving abroad.  You’d think that I’d be crossing off items, but the more I experience, see, or talk to people, the more it sparks ideas on what else I could be doing to live life to the fullest!  So, instead of my list getting smaller, I found it getting longer.

One particular item haunted me for three years.

One sunny afternoon while skiing in the Alps (Yup, you guessed it: CHECK!), we looked up to see a man floating effortlessly above us.  As he slowly drifted and paragliding down the mountain side, my good friend and travel buddy said, “We should do this!!!” I laughed and said, “Totally!”  Not really thinking much of it.

However, as fate often has it, as soon as you get an idea for something, you suddenly start seeing it everywhere.

Before long, I felt like every trip I took, I saw a paraglider soaring overhead.

There were several times where I’d seriously look into it, but the cost was too high, or I wanted a better location or I thought it would be more fun to cross off that list with our friend, who originally mentioned it.  But, as life has it, I realized that I was doing the opposite of what Bucket List items do.  Instead of seizing life in the moment, I kept putting it off.

Until my 28th Birthday. 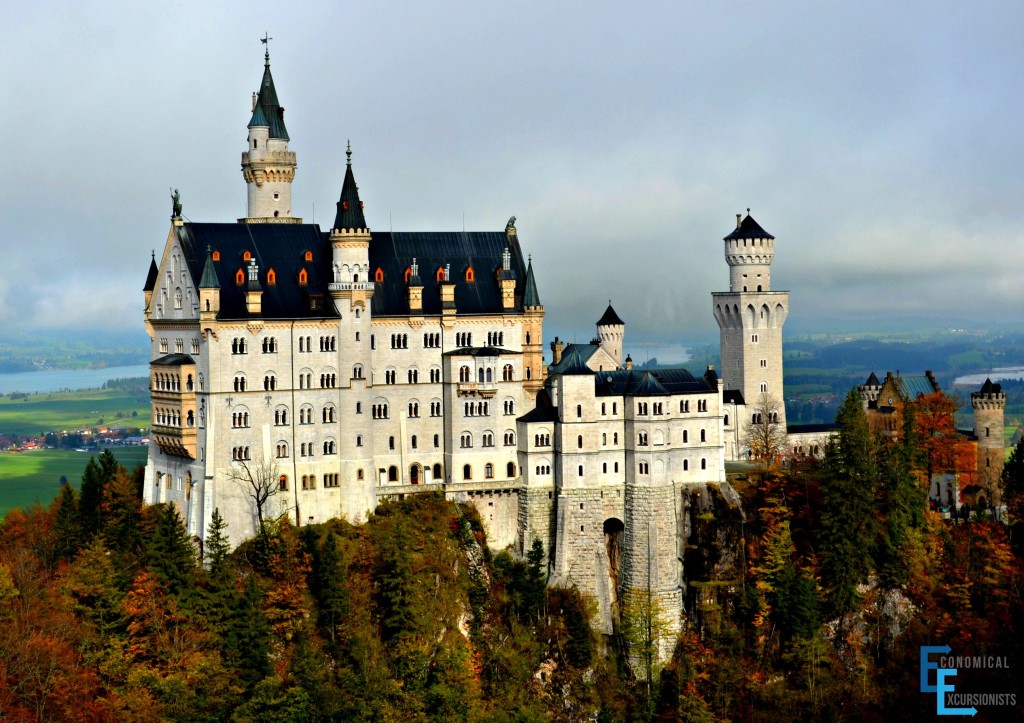 As I cried alittle as I handed over the credit card to pay for the flight, I was told that the conditions were not ideal for paragliding.  The pilot said that there was a chance that we would get to the top of the mountain and that he wouldn’t be able to catch the right wind and that we would have to cancel.  This brought two thoughts to my mind:

1)  Am I ever going to actually para glide or will this forever just be an unchecked item on my list???

2) Am I going to willingly fling myself off a mountain today and die!?

As we geared up on the mountain and did a few “practice runs,” we patiently (and by patiently, I mean, the pilot kept watch on the wind while I secretly felt like I was going to vomit) waited.  As I peared over the ledge that dropped to absolute nothingness that I was supposed to run off of, I started to have doubts. 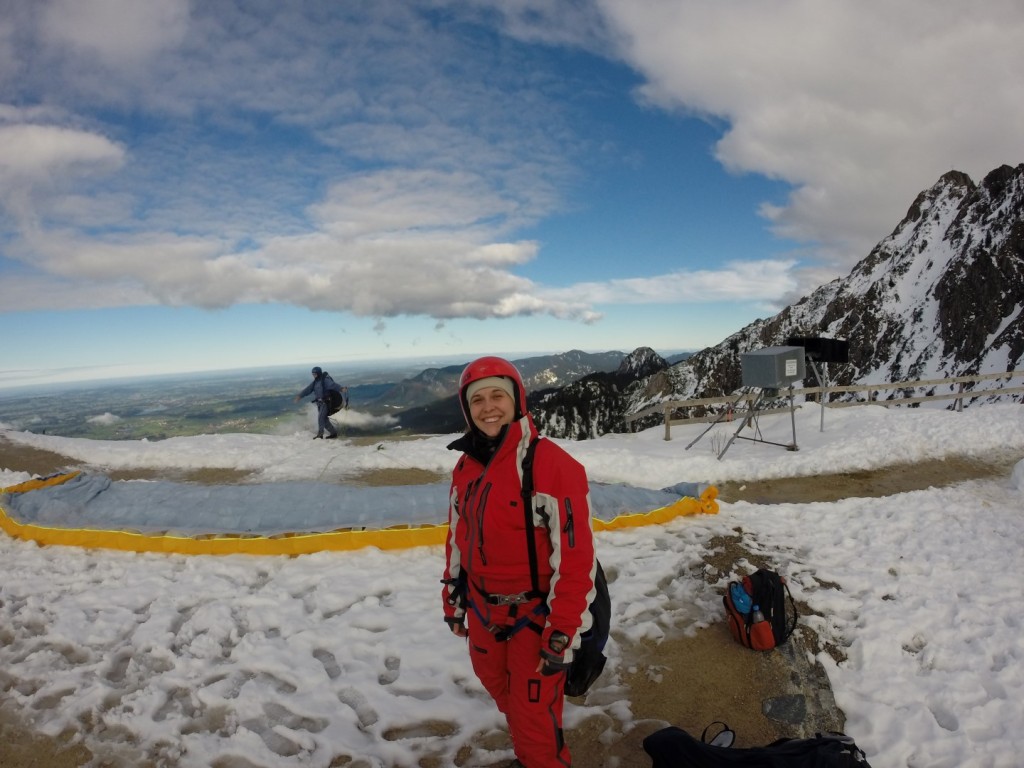 Don’t let the smile fool you, that is a “What am I thinking!?” smile

The wooden runway plank literally led to absolutely nothing but abyss.  The sheer cliffside of the mountain dropped off completely vertically, leaving nothing but air and hundreds of feet below that, jagged rocks.  The pilot’s instructions of “Run and keep running, even when there is nothing to run on.  If you hesitate for even a second, I will struggle to control the chute” repeated in my head. 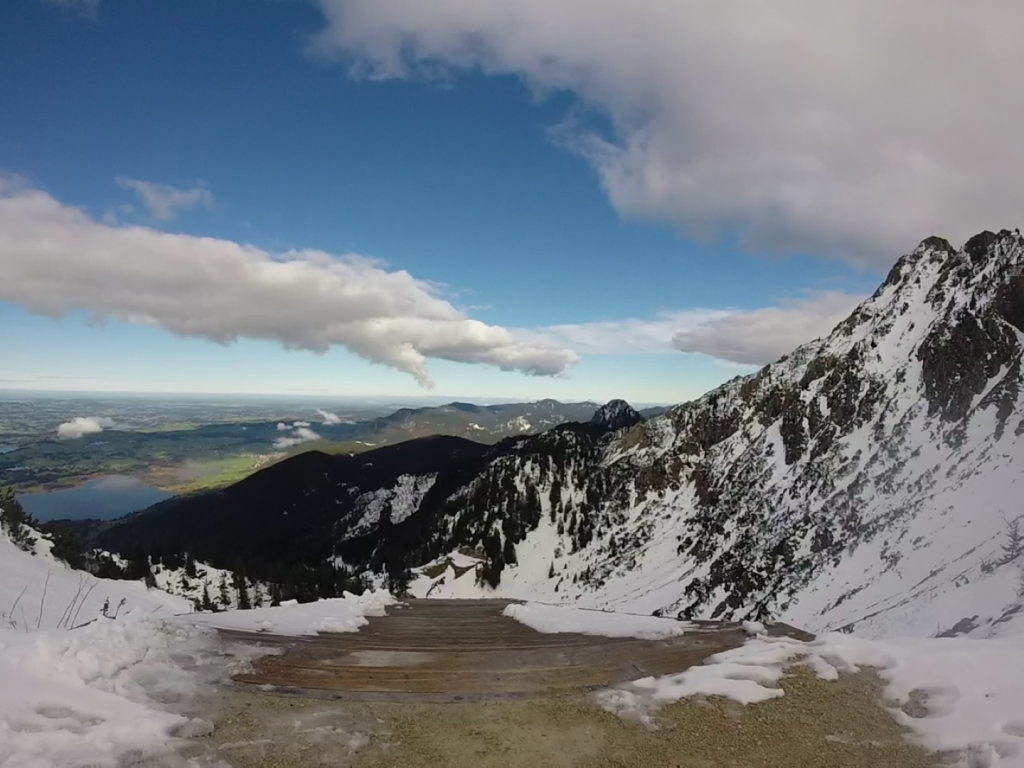 As time ticked by, the more my stomach churned.  The more I wondered if I was absolutely insane and should call it off.  But, for as crazy as I can be, I am equally cheap.  If I called this off now, I was out about $200 (yes, THAT much!!!) Aint no way I was throwing that kind of money down the drain….or in this situation, off the cliff.

As I was starting to wonder if my lunch was about to revisit me, the instructor yelled, “It’s now or never! We need to go NOW!”

I had no choice.  I ran forward, literally off the side of a mountain.  In mid-air I felt like a cartoon character, pumping my legs with nothing beneath me.  My stomach lurched just in time for the chute to catch on the wind.  Suddenly, we were birds, soaring effortlessly over the German Alps without a care in the world.  I could sit back in my bucket seat and let the pilot do the gliding as I peared out, high above the mountains. 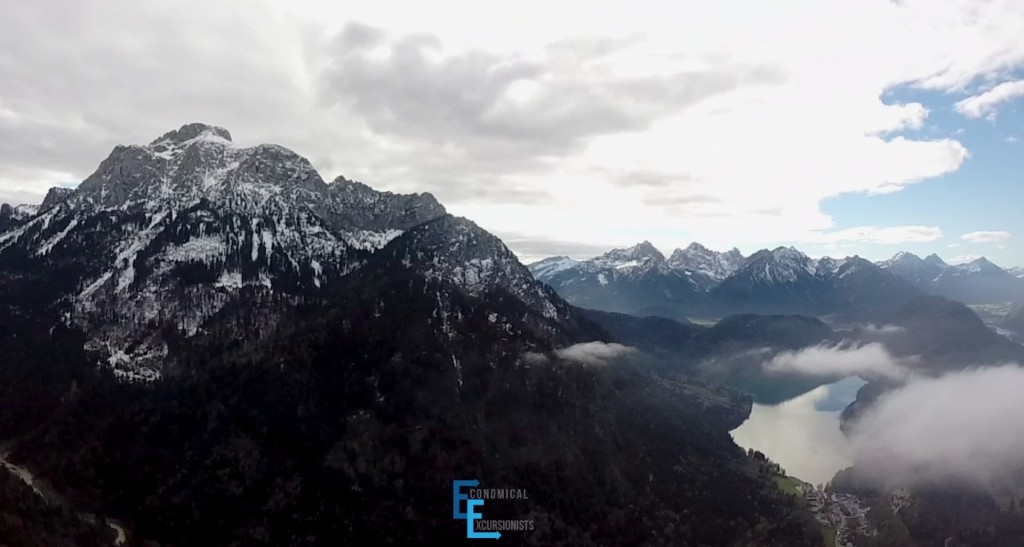 As we rounded the mountain, the famous Neuschwanstein Castle came into view.  What looked to be a giant structure while standing on the ground, seemed like a little tiny toy below us now. 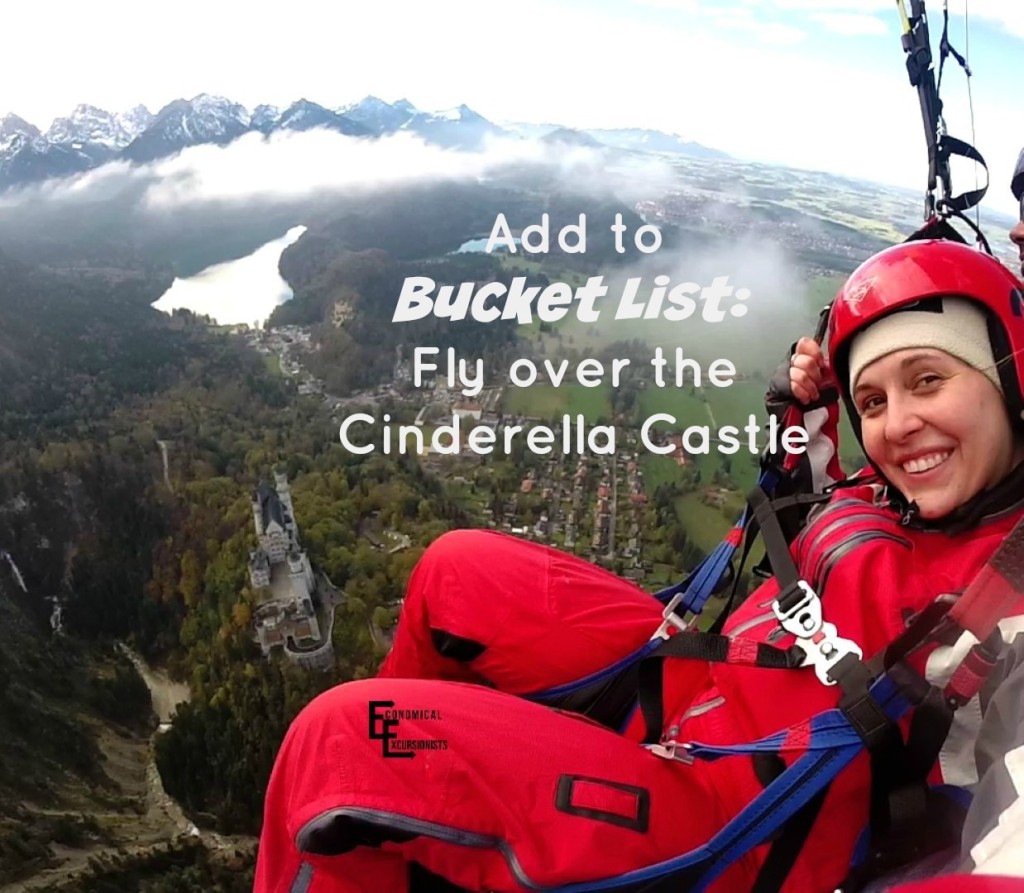 And as we continued to float through the air, I realized something….

Sometimes, you just have to take that leap in life. 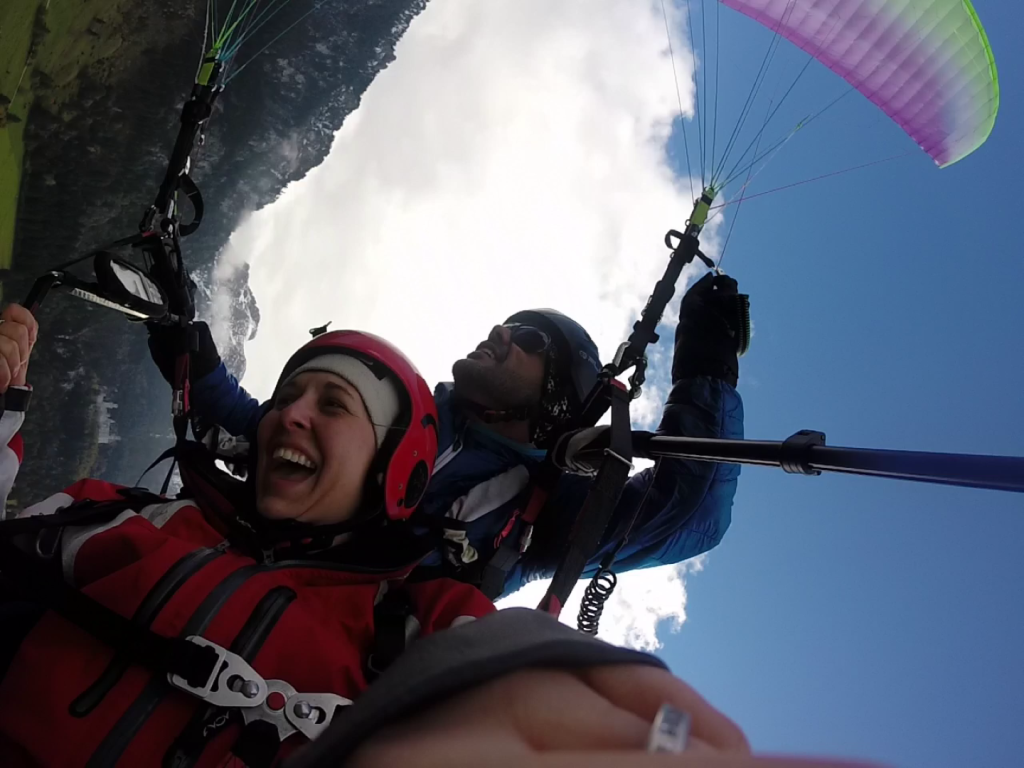 Yes. that is us, SIDEWAYS, hundreds of feet in the air! :/

[Tweet “Sometimes, you just have to take that leap in life.”]
What is the craziest “Bucket List Item” on your list?  Don’t have a list?  Tell us in the comments something that you’d love to do in your life- no matter how big or small!

Neuschwanstein Castle: How to play prince or princess for a day

Top Things to do in Garmisch

9 thoughts on “Paragliding Over Neuschwanstein Castle”