{This post may contain affiliate links.  We can’t thank you enough for your support.  Next time I’m in Marianske Lazne, I’ll put the mere pennies we make towards a delicious Kozel Beer! Yum!}

Does that sound like your typical weight-loss gimmick on the tv?  Well, apparently, people have been doing this for hundreds of years even without infomercials, network marketing groups and Facebook…

No, I’m not talking about the latest health shake, juicing or smoothie craze, I’m talking about the “healing” effects of thermal mineral waters and where else to give it a sip and slurp than in one of the originating sources of this idea: the Karlovy Vary region in the Czech Republic. 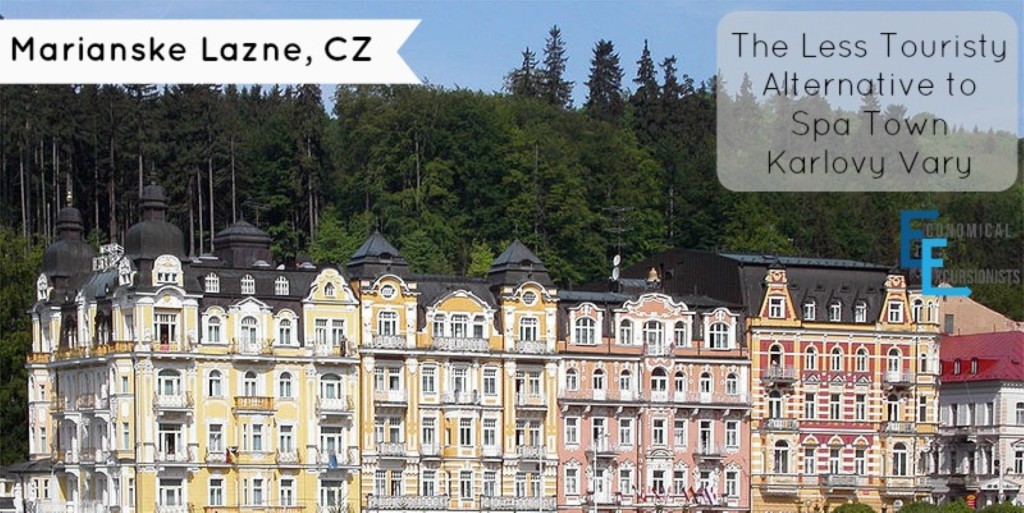 Alright, so for me personally, I wasn’t looking to head to a fountain for eternal youth or immortality.  I wasn’t even looking for a spring that could help me shed a few pounds.  I just wanted a fun, relaxing spa weekend with my sister-in-law, Carrie.

She was living in Prague at the time and I’m in Germany, so meeting in the middle seemed to be the perfect meeting location and if there was pampering, good food and great beer also at that destination, well, then so be it!

Karlovy Vary is both a town and a region in the Czech Republic.  Just over the German border and less than two hours from Prague, you can still sense many German attributes, while obviously getting a good dose of Czech life with a flair of Russian extravagance (from all the Russian tourists that flock to the area).

While Karlovy Vary (town) is one of the most well-known places to go for it’s spas, that doesn’t mean it’s the only, or for that matter, some might even argue, best.

Instead of going to the touristy Karlovy Vary, we instead headed to Marianske Lazne.  Still within the Karlovy Vary area and spa region, it is smaller, a little less touristy and had other activities that interested us.

I won’t bore you with the typical things to do because, quite frankly, you can just look all that up on TripAdvisor.  There isn’t a ton to do in town and you can see most of what there is to see in a day, two at absolute tops.  So, of course, walk around the Colonnade, pause at the Singing Fountain (which displays at each odd hour) and stop into the casino. 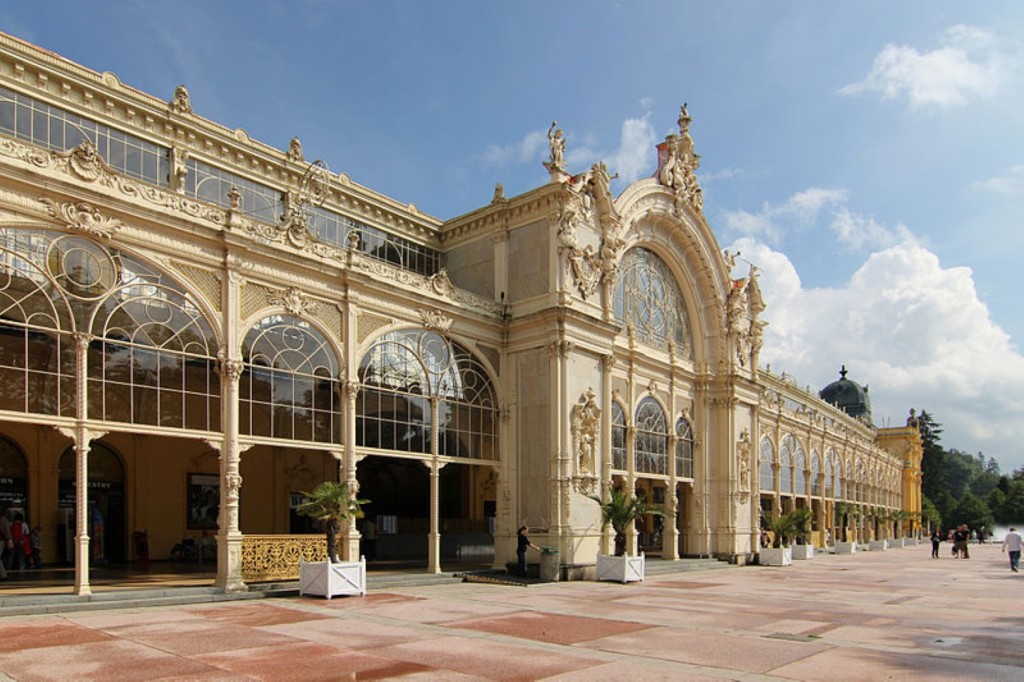 The town itself is quite small and walkable, so most of what there is to see or do can be found just by having a local map (pick up in town at the TI or at your hotel) and by wandering around.

Drinking the Mineral Waters: Just next to the Colonnade is a pavilion where you can read up on all the different springs in the area and what ailments they cure.  Grab a dixie cup for a few cents and start guzzling away.  You might find that it tastes more like gargling pennies than water but oooh to cure that grout!  You’ll see locals and tourists alike coming in with their empty jugs to fill up on whatever particular spring water might help them out that day. 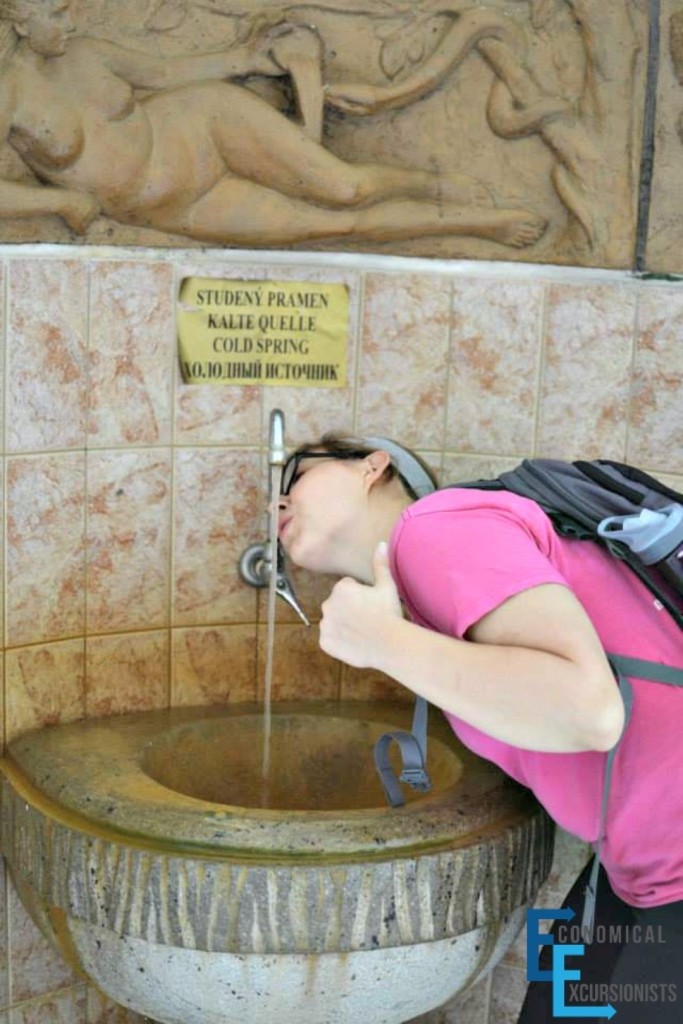 Hiking: The term “hike” might be a little adventurous, but there are some magnificent walks through the woods and around the edges of town in the Bohemian hills.  As you wander the well-kept trails, the thermal springs that everyone flocks to the area for can be seen gurgling through the woods.  Supposedly, you can drink straight from these babbling brooks, but I wasn’t so bold. 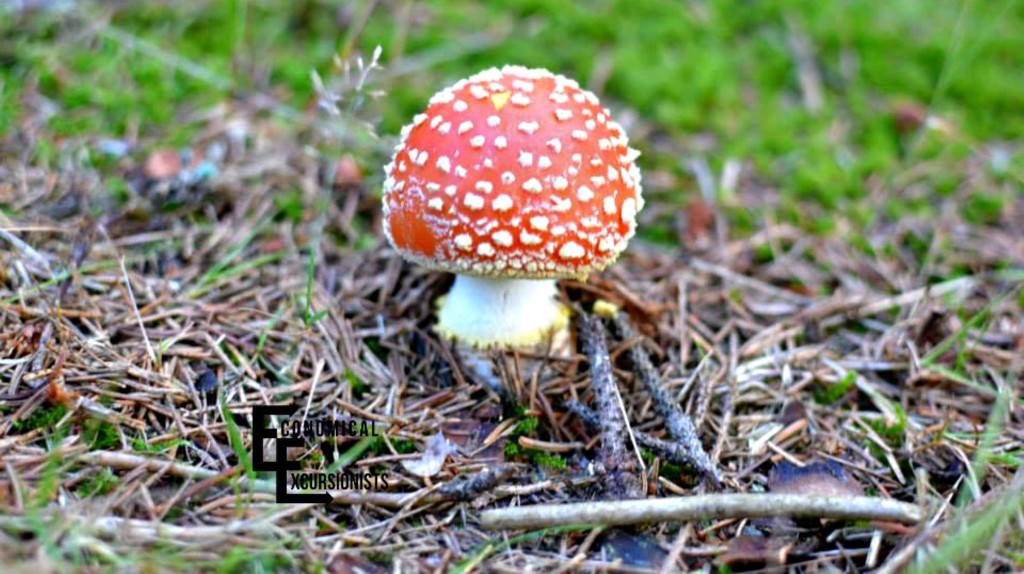 Beautiful sites as you walk around the woods near Marianske Lazne

Spas: Obviously people come to Karlovy Vary for the spas.  Carrie and I had a great morning exploring the hillsides and were ready to soak our weary bones in the thermal waters that would cure us of ALL our ailments (right??).  So, we headed into town…

Important Notes About the Spas:

– Many people go to Marianske Lazne to splurge on a spa weekend.  Therefore, they stay at one of the ritzier and fancier hotels in the middle of town.  Note that most of these have their own spa packages.

– Roman Baths: However, as the Economical Excursionist, we weren’t about ritzy and fancy (aka: expensive).  As we arrived at the baths, we were told that…..  (In hindsight, it might have been worth it to have paid a bit extra for a nicer hotel than our AirB&B accommodation and gotten access to the baths- this is something to strongly consider when looking for your own lodging)  I’m sure the Roman Baths were similar to other Roman Baths, such as the ones in Baden-Baden, but that doesn’t mean we probably shouldn’t have gotten over the few extra bucks and just enjoyed the experience here as well.

Being frugal as hell but also knowing that the following day we were going to be going to a Beer Bath Spa, in nearby Chodovar, we decided that we didn’t need to spend the extra money on the Roman Baths.  Again, if you are going to the area for a spa experience, then don’t be cheap-o’s like us and just spend the few extra korufnas already!  But, as you all know, whatever money I save today means another girls trip in the future, so we pocketed the money and just enjoyed wandering and strolling through town instead.

Since beer is practically the national drink of the Czech republic, we decided that instead of thermal mineral waters to soak in, why not just bathe in a big ol’ tub of pivo!? 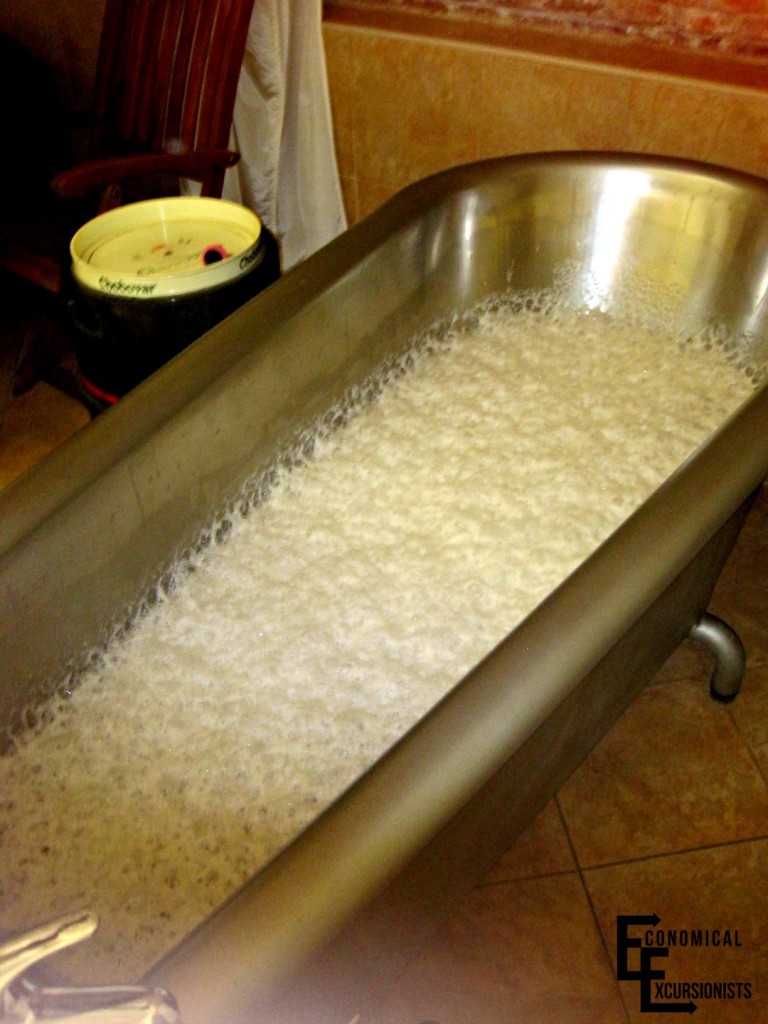 Chodovar is only about a 15 minute drive from Marianske Lazne, also has a spa as well as the famous BEER BATHS.  You can read all about that quirky experience here.

Where Else to Go?

If you are in the area and are looking to make a little longer of a trip or weekend out of your getaway or don’t just want to spend your whole time in a spa (uuuh, what’s wrong with you?) There are several nearby towns that could be worth checking out:

Cheb: Especially if you are heading back to Germany, you can stop at this “Asian Dragon Market.”  Basically, if you want any cheap knock offs of fancy schmancy brands (think purses, leathers, clothes, etc) then stop at this huge outdoor market.

Karlovy Vary: Go to the the real Karlovy Vary town for some more spa time.

Pilsen: Haven’t had your fill of beer? Head to Pilsen, the home of the Pilsner style beer.  Take a tour of the brewery and, of course, enjoy some samples!

The Czech Republic is a relatively cheap country to visit in Europe.  Most people go straight to Prague, which is definitely a must-see city, but the country holds other gems as well, such as the intriguing Karlovy Vary region.

If you are looking for a weekend getaway to kick back, relax and cure some odd ailments, heading to Marianske Lazne could be well worth your time!

Unlike me, are you not a cheapskate?  Have you been INSIDE the Roman Baths at Karlovy Vary?  If so, tell me all about them so that I can think twice about going back!

Czech Beer Baths: You want me to bathe in what!?

Bad Abbach: Living like a local at the German Spa

What is the Best Baden Baden Spa? Friedrichsbad or Caracalla?

Cesky Krumlov: A Village You Can’t Help But Fall In Love With