[This post may contain affiliate links. We can’t thank you enough for helping to support the EE site at no additional cost to you]

Ok, I am about to make a statement that makes me sound like a total “Euro-snob” and I will apologize for it ahead of time.  I’m sorry.

I wasn’t ever dying to go to London. (gasp).  Even worse, I wasn’t all that impressed with London (sorry). 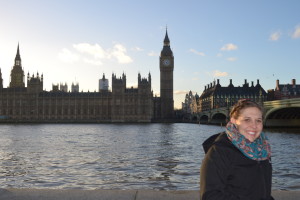 I had heard it was extremely over-priced and quite honestly, there wasn’t a ton of things that I REALLY wanted to see or do there.  However, I felt like it is one of those “check-list” places (kind of like Paris).  You feel like you have to be able to say “Yeah, I’ve had a pint in a British pub!”

Now, for people who don’t live in Europe, maybe London is on their top list and so I don’t necessarily want to discourage them from going, but for us Economical Excursionists, we have been to far better (and a hell of a lot cheaper!) places.

So, I am not going to post on the must-sees or must-dos of London here (that is what Rick

is for).  You can also read about what to do in London for first timers here.   But, here are my top tips for being the best Economical Excursionists and how to save money in London while sightseeing the home of Big Ben.

Holy moly.  Hotels are ridiculously expensive here.  My sister-in-law was staying at a “lower-end” (not skeezy or unsafe, just simply a no-frills place) hotel that was about £100. That is $165/night!!!  Ain’t no penny pincher got time for that!

We found the best option for London was finding an AirB&B apartment.  There was a current special going on for first time users where if you booked one night, you got the second night free.  So, we actually ended up only paying $30 per night!!! That is a steal no matter where you are at, but in London, that was practically thievery!  The catch?  It wasn’t exactly the best place to stay at (which is why I will not post a link or recommend this particular place).  However, we aren’t new to cheap places.  I figure if I check the bed and there are no bugs and there is a toilet, then I am good.  After all, I am not there to hang out in the hotel anyway; I am there to see the sights.

The moral of the story?  See what deals you can find with AirB&B.  Most people have great luck with them in London compared to more “traditional” lodging options as far as prices go.

If you are traveling with a family, here are some hotel options to consider.

I’ve talked about ways to save money on food before while traveling.  Since we were staying at an apartment, we didn’t have the option of gorging ourselves with a hotel breakfast, so I took along my Visalus* shakes and we just had those for breakfasts, stopped for a sandwich at a grocery store for lunch and then waited to actually eat big for dinners.  This was ideal because just a simple burger dinner was about $20-$25.  There was NO WAY we could do that for all three meals each day.

Moral of the story?  Find a grocery store!!!

Ready for your mind to be blown on major savings or just wonder why the heck the British Pound is so stinking expensive!?  Here you go:

– I felt like if I was going to be so close to this iconic place, we HAD to go.  Then, I looked at tours (the most common and “easiest” way to get to Stonehenge) and had a slight heart attack.  They were wanting us to pay about $100 per person to go to Stonehenge with a stop or two at other towns.  Suddenly, I didn’t feel like I HAD to go there as badly any more.

One option was to take public transportation, but even that was more than what I was willing to spend and had some bad connections.

– As we rounded the curve, we saw Stonehenge and the comment of consensus was, “Wait….THAT is it?”  Yeah.  It was a little underwhelming to say that least, but for only $24 I was still really glad we went.  As we went up to the visitor center and saw that to enter was £14 ($24) and already knew that once actually IN the area, you still weren’t even allowed to get close because it was roped off, we wondered if that was worth it…It wasn’t. 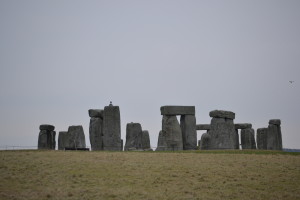 So, we hopped back in the car, found a place to pull over, read the Rick’s background on Stonehenge, ran across the highway, snapped the photos and called it a success.  We now just saved almost 75 MORE dollars between the three of us!!!  I’d say that means more Pints and Fish n’ Chips for us!!!! CHEERS! 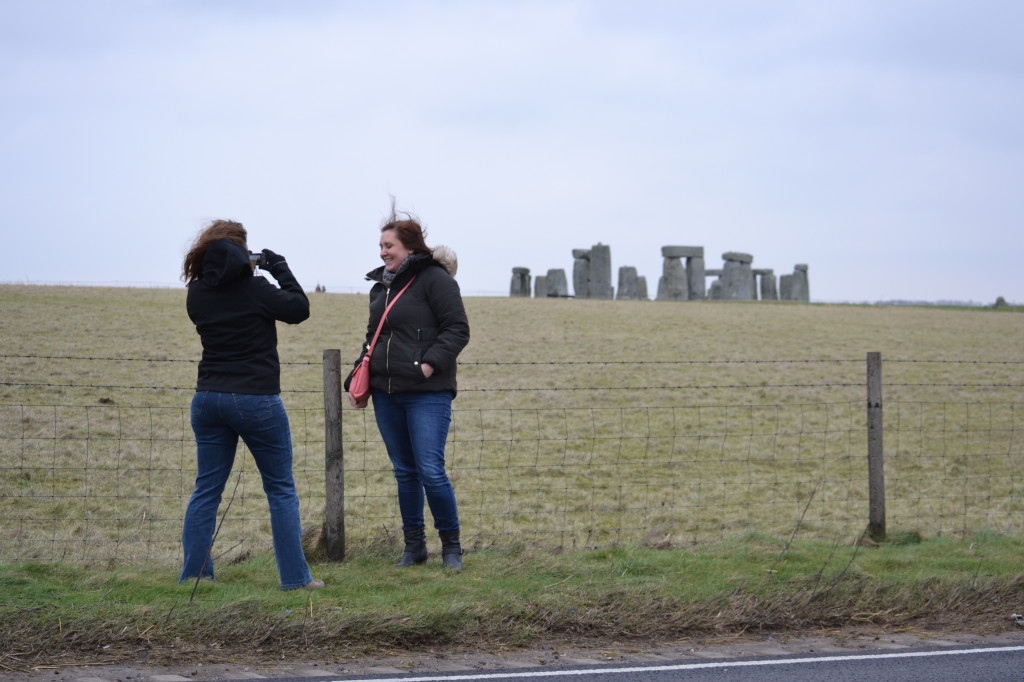 We also were able to take the rest of the day at our own pace, so we stopped at the legendary Salisbury Cathedral, had lunch there and then went on to the Windsor Palace where we had tea with the queen. (Ok, we had tea ACROSS from the Palace where the queen actually was at that particular day (you can tell by what flag is out), but who really wants to split hairs? So, yeah…I had tea with the queen!)

The moral of the story? You don’t HAVE to stick to the tour guides, go find your own way of getting around!

Here is where personal traveling style really plays a part in cost of travel.  For us, we like to walk around and see all of our options and then pick which ones we really want to pay the price to see.

So, we did Sandeman’s* New European Tours.  We have done several tours with them in other big cities and have never been disappointed.  It is a “free” tour (tip at the end according to how well you felt the tour went).  Since every tour we have gone on with them has been great (guides are very good, funny, knowledgeable, even if a lot are college kids.  It is also LONG and full of great insider info) we usually end up tipping about what the lower end of paid tours cost in the city (know that info prior to the tour).  Now, of course, you can be that total jerk that says, “But they said, “free” or, “tip basis only”…but c’mon…just don’t.

Therefore, in about 4 hours, we saw all the main sights of London and got great tips on which ones were worth paying for and just  enjoyed seeing the city by foot.  Also, by doing this, we saw at the Westminster Abbey (Are you kidding me with £18/ $27 admission!?!?….for a freaking Cathedral!?) actually holds free organ concerts most Sunday nights.  Granted, you couldn’t walk all the way around in the church, but we still got to go inside AND got a free concert out of the gig!  (By the way: If you have seen ANY other European Cathedral (which was probably free), this one is no different…..save your cash!) 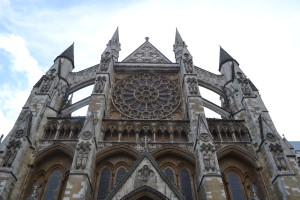 Moral of the Story?  You can find all sorts of free things to do, you just have to keep your eye out!

– If you were to look through all my photos, you would see that I hit all the main, recognizable sights (London Tour, London Bridge, Big Ben, Parliament) but we didn’t pay to go into any of them (it just wasn’t worth the cost to us) but our pictures sure do look good! (that is where the “Checklist City” part of me comes in as opposed to the “You’re only in Europe once, so I might as well pay to go into all of these places” mentalities). 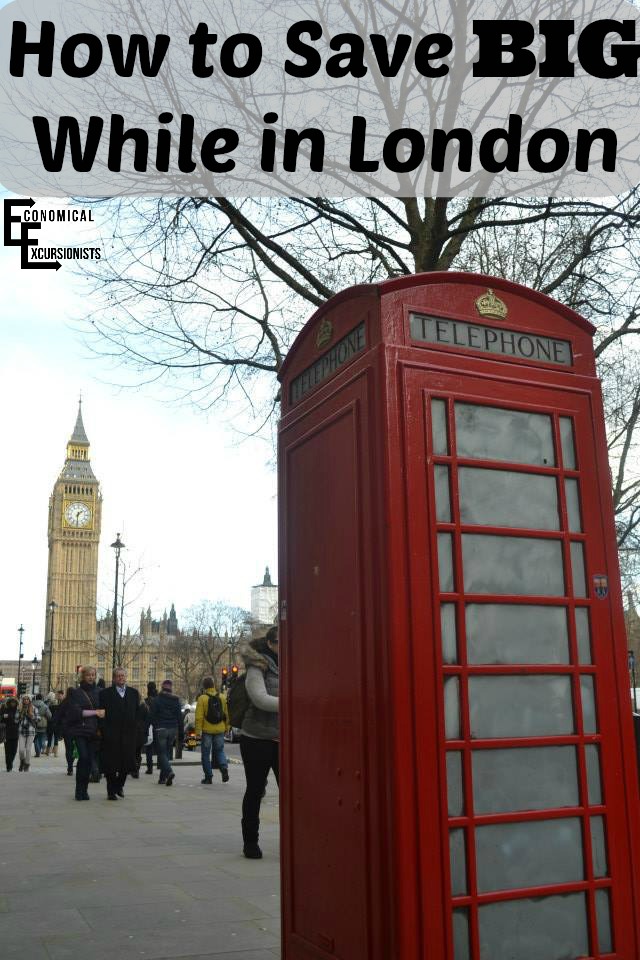 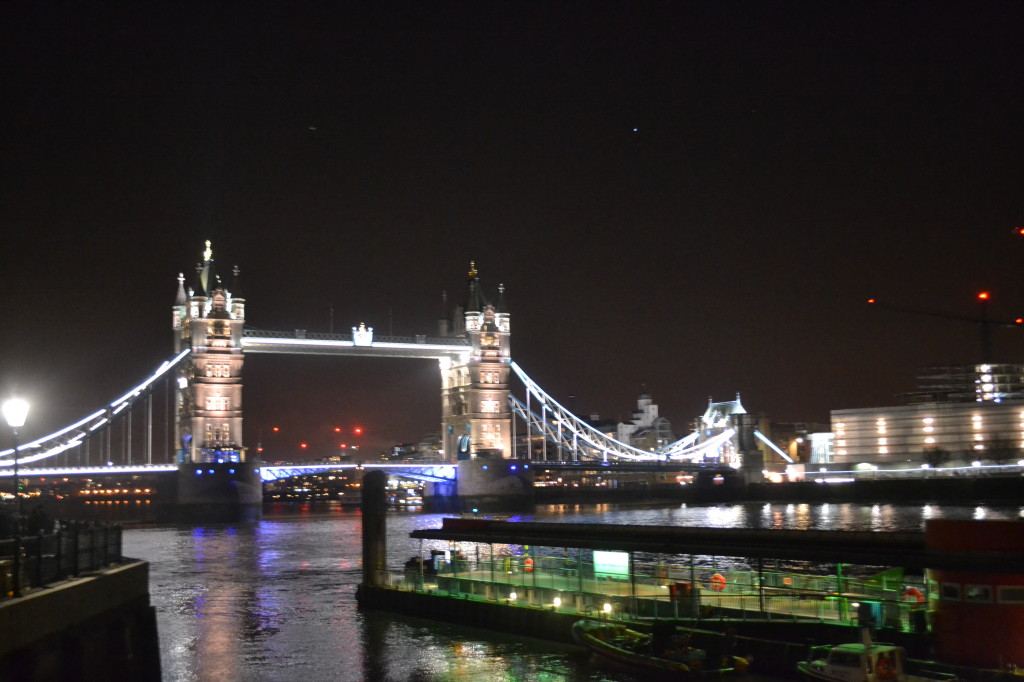 – The other big attraction we skipped on was the London Eye.  For (ready for this???) £29.50 (let’s just round up and call that $50)…PER PERSON, we were willing to find a different lookout spot over the city where we weren’t cramped into a small space with 10 other people standing for 45 minutes starting at the same thing.

– I will say one of the things London got right (in addition to those sexy British accents, of course) was that almost all of their world-renowned museums are FREE.  Now, I am not a big museum goer, but Free is just my kind of price.  You could spend days just going to the museums alone, so take advantage of that, since in most other cities, museums can be some of the most expensive attractions (I’m still not sure how it makes sense to charge me to go into a church, but not a museum, but ok?)

Alright, all in all, I gripped a ton about London (mostly because of it’s cost, but hey, I am not the Economical Excursionist for no reason!) but I don’t regret for a second going and am glad that I got to experience such an iconic city and would still recommend it to others (just not as any of my “top-picks”).  So grab a pint (or a few to forget how much money you will be spending), eat some  fish n’ chips and “Cheers” to you!

* Note: I don’t secretly work for Rick Steves (although I wish I did so that I could meet him!) but as usual, I only will give you tips that are the best and let’s be honest…Rick is pretty darn fantastic!

If you’d like a 4 day London Itinerary, I really enjoyed Leona’s suggestions….just add in our budget tips and you’ve got yourself a great trip!!

London is PRICEY! Tell me in the comments what you did to save money in London or England?

A whole weekend of free tours in sofia

Stockholm On a Budget

Brexit: What Does this Mean for Travel?

15 Ways to Pinch Pennies to Save for a Vacation